What are the IRS Automated Collection Process and CP Letters?

If you have ever received an automated collection letter or CP letter from the IRS, chances are you owe them money in back taxes. These letters begin when the IRS finds out notices, that you have an unpaid amount of money that you owe. An initial assessment letter is first sent relaying the amount you owe in back taxes, however, it will be followed by four letters, known as CP letters, after which the IRS will commence action. 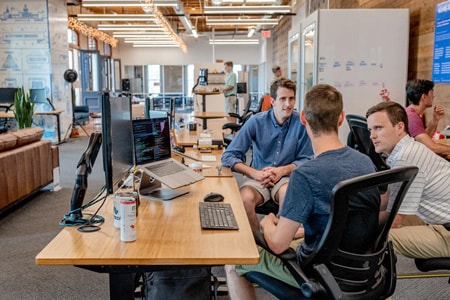 Once it has been established that you owe money in back taxes, the IRS enters it into their cycle of automated computerized notices. The initial letter documents the fact that you have been delinquent in paying taxes for a certain period of time that is stated in this assessment letter. The total amount you owe is also included in the letter, and this amount will include additional fees, such as interest accumulated and late penalty charges.

The first assessment notice will have a small amount of interest charged to you, because interest is built daily. If an individual ignores the letter, interest will continue to accrue and actually elevate the entire tax amount owed by seventy-five percent. If you just found the primary assessment letter in your mailbox, you have enough time to make payment arrangements with the IRS before they decide to take further action. Do not delay on contacting them; because, as said before, for everyday you do not contact the IRS after the initial letter, they will add interest to the amount owed every day. If you decide not to pay after receiving this letter, the next step taken by the IRS is to send you CP letters.

CP-501 – this is the opening CP letter that the IRS will send to you. The tone is not demanding and very non-threatening. It is a quick and polite reminder that you still have a balance due on your account. It will list the amount owed, penalties and interest.

CP-502 – this second letter is slightly more demanding than the first. It reminds you that your taxes are still overdue and requires that you pay instantly. It shows an elevated amount owed because of an increase in interest and penalties.

CP-503 – this is the third in a series of four letters. It has a more threatening tone than the last two letters and demands that payment is due in ten days time. This letter also mentions that it will take action against you if you continue to ignore their letters. The letter states that unless you contact the IRS for payment, they will consider filing a federal tax lien notice.

CP-504 – this is the final CP letter sent by the IRS. It has the most threatening tone and it states that the IRS is going to begin a process to levy and if you do not get in touch with the IRS, they will begin the process of asset seizure. The amount required to pay is included, and you will notice that it is a lot higher than originally stated in CP-501. This CP letter is your final chance to talk with the IRS before they take direct action against you.

The time between all letters is generally four to six months. After the letters are sent and no action is taken, a collection process is started. Collection process times are established by how much tax is owed and if you have past tax instances with the IRS.

Payroll back taxes owed is often an accelerated process.
For individuals who do not file the return with the IRS or owe in excess of ten-thousand dollars, it will often skip CP-502, 503, and 504, and instead, send you a notice-intent to levy.

Always understand your options before paying back taxes to the IRS. For a majority of individuals, the IRS recommends an installment agreement. This agreement allows you to reimburse all back taxes over a pre-determined period of time. However, this might not be the most beneficial action to take. It is therefore advantageous to discuss all repayment options and it always requires a complete explanation in regards to what you owe in back taxes to the IRS to guarantee the amount they sent you in the letter is the correct amount.